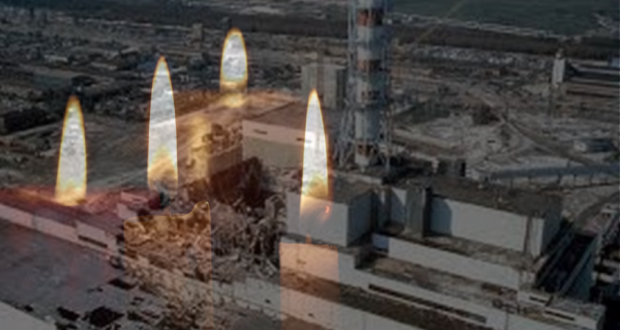 On April 26, the world marks 35 years since the Chornobyl nuclear disaster. The world stands with Ukraine in honouring the memory of the victims and remembering the heroism of the emergency responders. Their sacrifices and suffering must never be forgotten.

In 1986, the Ukrainian World Congress and its member organizations helped expose the Soviet cover up and denial of the worst nuclear disaster in history. Our communities provided emergency aid immediately following the disaster and helped mobilize international support. In the decades that followed, UWC and its member organizations contributed numerous programs of medical, humanitarian, and technical assistance to deal with the legacy of the nuclear power disaster. The international community contributed hundreds of millions of dollars to help contain and remediate the fallout.

After 35 years, the Soviet legacy of Chornobyl still haunts Ukraine. Today Ukraine faces a new man-made environmental catastrophe at the hands of Moscow. Russian-occupied territories of Ukraine’s Crimea Peninsula and Donbas region are zones of environmental disaster. Air and soil contamination, chemical spills, flooded mines, and the threat of radioactive contamination in Donbas, pollution of the Black and Azov seas are all consequences of Russian aggression and disregard for human life.

“Putin has delivered ‘Chornobyls’ to present-day Eastern Ukraine and Crimea. Moscow has once again created and is covering-up a series of humanitarian and environmental disasters affecting millions of people in addition to the war unleashed seven years ago to re-establish Moscow’s hegemony in the post-Soviet-space,” stated Paul Grod, UWC President. “Much like the Soviets when they denied and covered up the truth about what happened in Chornobyl, Putin lies and distorts the truth about the tragedies and disaster he continues to cause. We must expose Putin’s big lie.”