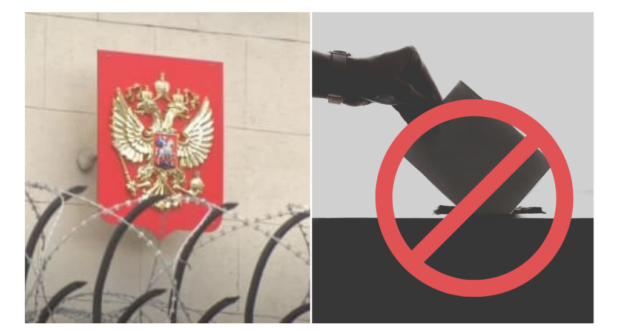 The Ukrainian World Congress (UWC) condemns the elections to the State Duma of the Russian Federation being held from September 17 to 19 in occupied Crimea and Ukraine’s Donbas.

Russia has illegally imposed Russian citizenship on residents of these occupied territories and is compelling them to vote in the Duma elections.

UWC urges the international community to declare these “elections” illegitimate and impose sanctions against the Members of the State Duma who will be elected from occupied Crimea and the Rostov region of Russia on account of votes cast in the Russian-occupied part of the Donbas. Sanctions should also be levied against every Russian official involved in organizing the illegal vote in occupied Ukrainian territories and declare passports issued in these regions illegitimate.

Since launching its military invasion in 2014, the Russian Federation has transformed Crimea and the Donbas into zones of terror through the persecution of the Ukrainian and Crimean Tatar populations living in those regions.

In 2019, the Russian government began illegally distributing Russian Federation passports to Ukrainian citizens living in the Russian-occupied parts of Ukraine’s Donbas region. In the last two years, more than 660,000 Russian passports have been issued to Ukraine’s citizens in these occupied territories. These “votes” are being counted as cast in the nearby Rostov region of Russia.

“Russia continues to weaponize every available means in its hybrid war against Ukraine, including elections, in an attempt to legitimize their military invasion and occupation of Crimea and Donbas. These illegitimate votes further discredit the election results in Russia and the validity of the Duma elections,” stated Paul Grod, UWC President.